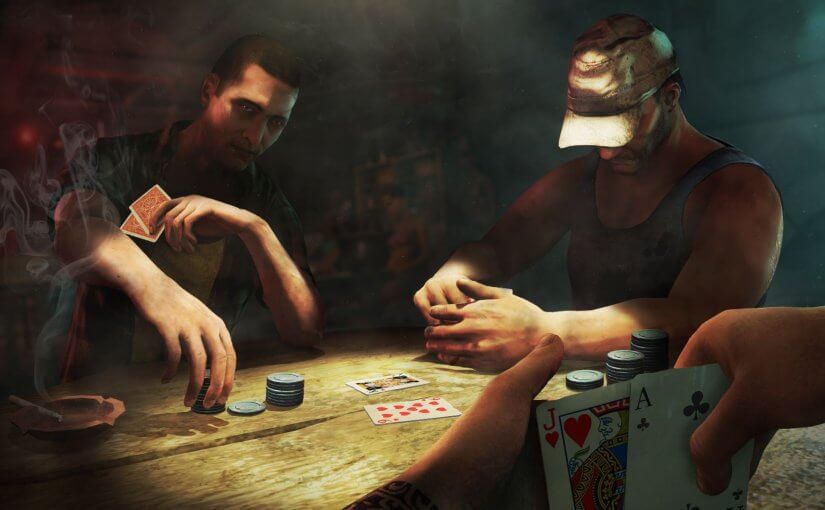 The worlds of video games and Casino Games overlap in more than one way, and the line between them grows thinner all the time. You see, Casino games have something that video games don’t have – real risk.

After all the satisfaction of winning a game of Blackjack and winning a game of Call of Duty are very similar. We’ll be using online shooters as the example of the type of competitive multiplayer gaming that draws a similar-sized audience as say Poker.

The Key Differences : Goals and Risk

Both have a goal and a risk involved in overcoming the goal. This risk/reward dynamic is what gives both types of gamers their kicks. In video games, the risk is death – not a real death but enough of a kick that the player feels a sense of frustration. In gambling, the risk is loss of real finances. This is a real loss – and real loss raises the stakes, making Casino Games far more nail-biting than any round of Battlefield 5. The goal is also different.

Casino gamers aim to win money, rather than experience points or better in-game tools and weapons. This might seem like another advantage, but this actually limits the Casino experience. Progress is harder to track and takes years rather than a few hours of grinding. Therefore, the Casino gamers goals are homogenous while the video-gamers goals evolve and become more complex – following different skill-trees or unlocking new gear to work with.

The Similarities: Levels of Competition

Any serious gamer knows where they stand on the leaderboards. They don’t play casual games on public servers, because they’ll simply beat the other players repeatedly, and where’s the fun in that? They’ll enter private servers in which the rules have been modified. Maybe there’s no heads up display, or no mini-map.

The challenge is harder, more life-like, and the victories are more meaningful. In the same way, high rollers are going to play in private salons, away from the casual gamblers who are making small wins on small wagers. For them, the action is where the money is, and these high-stakes games are where they can prove their mettle.

Video games are beginning to mimic casino games in an unexpected way – microtransactions. These microtransactions take the form of, most controversially, loot boxes. These boxes are paid for by the player using real currency and contain an unknown item of varying value. This means you could pay $5 for a major upgrade or something entirely cosmetic like a weapon skin.

Although this kind of slot-machine mechanic has been the subject of public outcry, video games could learn from Casino games in more subtle ways, focusing on raising the stakes of a game or allowing real money to be won outside of competitions. In the same way, Casino games could look for ways to stratify their games so that players could play longer games rather than quickly repeating the same action.

Hopefully in the future we’ll see the emergence of the type of cross-discipline thinking that could lead to exciting new developments.